The Coalition for Operational Research on Neglected Tropical Disease (COR-NTD) and the African Research Network for Neglected Tropical Diseases (ARNTD) are pleased to announce the recipients of the 2021 African Researchers’ Small Grants Program. Sixteen researchers (10 males and 6 females) from eight African countries have been selected as the fifth cohort of the Program (SGP V). The ARNTD, which manages the Small Grants Program,received 372 applications for SGP V, 38 of which made it to the final round for consideration. Congratulations to the recipients.

With generous funding from the United States Agency for International Development (USAID), and UK aid from UK Government, the African Researchers’ Small Grants Program has provided more than $1.5 million in research funds to 70 researchers over 15 countries, including this cohort. These efforts contribute to the World Health Organization’s Roadmap:  “Ending the neglect to attain the Sustainable Development Goals: A road map for neglected tropical diseases 2021–2030.”

According to the World Health Organization Regional Office for Africa, the African continent has 40 percent of the burden of NTDs worldwide. “Involvement of African entities in science, research and advocacy has been rather limited due to a scarcity of research experts, policy makers and implementers in the region,” said John Amuasi, Executive Director of the African Research Network for Neglected Tropical Diseases (ARNTD). “The African Researchers’ Small Grants Program aims to address that gap by investing directly in promising scientists in Africa.”

ARNTD facilitates the program through COR-NTD. “We are proud of our partnership with ARNTD over the past five years,” said Patrick Lammie, Director of the Neglected Tropical Diseases Support Center, which serves as COR-NTD Secretariat. “This important initiative helps to build research capacity on the African continent.”

“USAID is very excited to support this year’s cohort,” said Joseph Shott, Health Scientist in the Division of Neglected Tropical Diseases, Global Health Bureau, USAID. “Research from past cohorts is already netting excellent results to further the NTD operational research agenda to improve NTD programs. I have no doubt that the research from this new cohort will continue these efforts.”

“Congratulations to the Small Grants Program awardees,” said Dirk Mueller, Senior Health Adviser in the Health Research Team of the UK’s Foreign, Commonwealth and Development Office (FCDO). “The breadth of research to generate knowledge and diagnostics that can directly inform programmatic decisions around program monitoring, stopping, and surveillance is superb and much needed.”

Health issues are now front burners on the global agenda due to the COVID-19 pandemic. In an interview with Beate Reinhold of The Volkswagen Foundation, ARNTD’s Executive Director, Dr. John Amuasi discussed the pandemic, consequences on Neglected Tropical Diseases, and the One Health approach.

The interview, among other themes, discussed the responses of governments to pandemics and the resource needs in research and healthcare.

“Research on NTDs slowed down and in the medium term we are very concerned that funding for NTD research and interventions will be lowered since funds are being diverted to new and emerging infections such as SARS-CoV-2….” said, Dr. Amuasi. 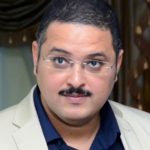 The second cohort of grantees of the African Researchers’ Small Grants Program (SGP II) have been selected by the African Research Network for Neglected Tropical Diseases (ARNTD), the U.S. Agency for International Development (USAID), the UK Department for International Development (UK aid), and the Coalition for Operational Research on Neglected Tropical Diseases (COR-NTD). 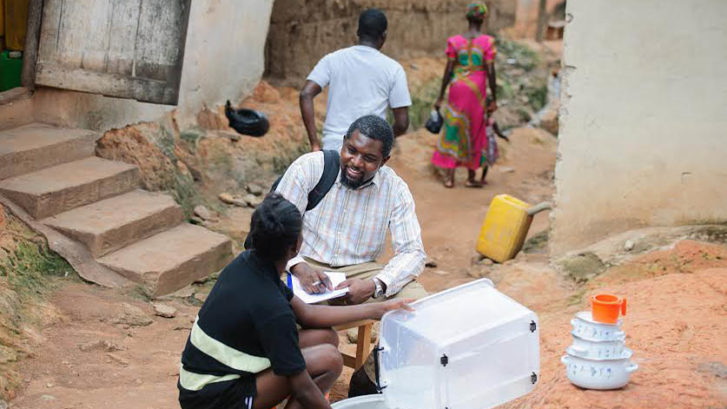 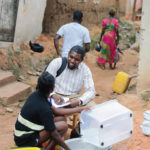 Africa accounts for 40 percent of the global burden of neglected tropical diseases (NTDs). Last year, The Task Force and its partners launched a grants program to support African scientists in conducting operational research studies on the control and elimination of these diseases.

END_OF_DOCUMENT_TOKEN_TO_BE_REPLACED

Tropical Data, an initiative led by the World Health Organization, is being launched today. Tropical Data provides an end-to-end epidemiological survey support service – from planning and protocol development to training, data processing, health ministry review and approval, and through to application of the survey outputs – to assist national neglected tropical disease programmes. Initially, Tropical Data will focus on supporting trachoma prevalence surveys, but discussions to broaden its remit are already under way.

END_OF_DOCUMENT_TOKEN_TO_BE_REPLACED

Arthropod-borne diseases, such as Lyme disease and the Zika virus, seem to be emerging and re-emerging at an alarming rate in the last few years. In this post, we discuss how the technological progress and promise of modern medicine and biotechnology, which has saved countless lives already, contrasts with the continual problems caused by the rapid changes in our world, the lack of political will to provide funding to develop new and implement existing solutions, and the simple lack of public awareness and support.